An alternative folk band of cousins and significant others 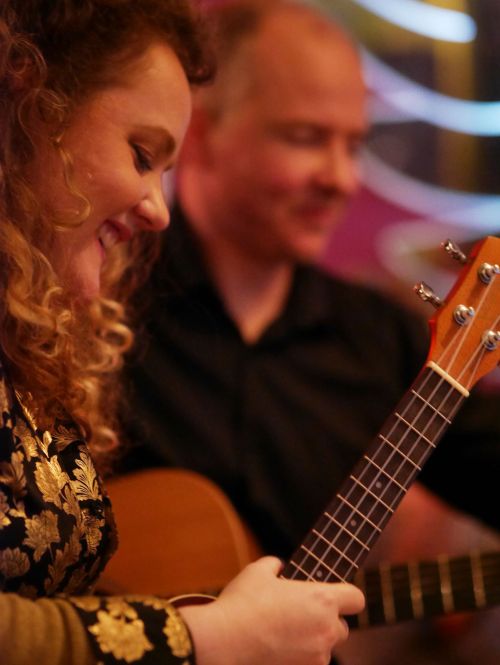 Scarlet Starlings Supporting Fred Abbot of Noah and the Whale

Where: The Islington, 1 Tolpuddle Street, London, N1 0XT
When: 28 July
Time: 9pm stage time, but we’ll be there from 6pm

We’re meant to be focussing on recording an album (yay!) but we couldn’t pass up the honour of supporting the amazing Fred Abbot @ The Islington on 28 July.
Come along and listen to some new songs, as well as getting your first listen to our new fiddle player Louis.

The fab Jake Morrell and band will also be supporting.

*PLEASE GET IN TOUCH WITH US DIRECTLY FOR CHEAP TIX.
Email Sara-Mae on sara_mae_tuson@yahoo.co.uk or scarletstarlingsband@gmail.com

Fred Abbott, confused by the ocean

Fred Abbott is a London-based musician best known as lead guitarist and keyboard player in Noah And The Whale. Following the band’s split he released his solo album SERIOUS POKE in July 2015 on Lojinx Records. The album, which features fellow members of Noah And The Whale and other friends, was co-produced by Fred and Martin Hollis and recorded at the legendary British Grove Studios in West London.

Please come along for what promises to be an amazing night.

The lovely and discerning Tracey Hammett invited us to headline at the fab Hootananny Songwriters and Wordsmiths event, so do come and check us out alongside:

SIMEON HAMMOND-DALLAS, ‘young, brilliant, singersongwriter with great songs and a soulful voice that stops you in your tracks’.

We’re literally bursting at the seams with excitement…especially since *un-ironic drumroll please** no less a person than DANNY GREEN of LAISH is wielding his percussive hands (yes delicious, amazing LAISH, launching their indie-go-go campaign to create one of the best albums ever made without hyperbole of any kind) replacing Amy while she is frootling around in foreign climes.

This is a very special gig for us. Not only are we playing at We Come Alive – a night showcasing the best in unique indie artists – but we will be supporting a full band Laish, with Starling girls as backing singers

It will also be our lovely Amy’s last gig with us. Join us for a joyous party of music, we’d love to see you there x

Come check us out at the longest running, community-supported FREE Music Festival in Yorkshire!

We’re so excited to be headlining at this amazing venue. Come see us reshape our sound alongside acts like Hannah Jarrett-Scott, Ali Warren, Blueprints of the Heart and more… 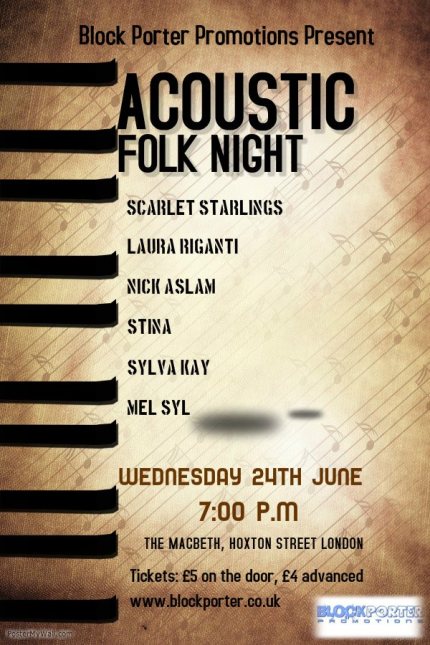 Veta Records welcome HAWK back to the London live scene, hot on the heels of their Irish tour and recent EP release, ‘Clock Hands’! The band will be joined by Scarlet Starlings, with a final support act to be announced shortly.

A festival feeling in everyone’s favourite Kings Cross venue. Free flower headband making, glitter up and enjoy some fresh live London music – then drink and dance your way into the night

Mahoney and the Moment, CANARIES, Milly Upton and Scarlet Sarlings 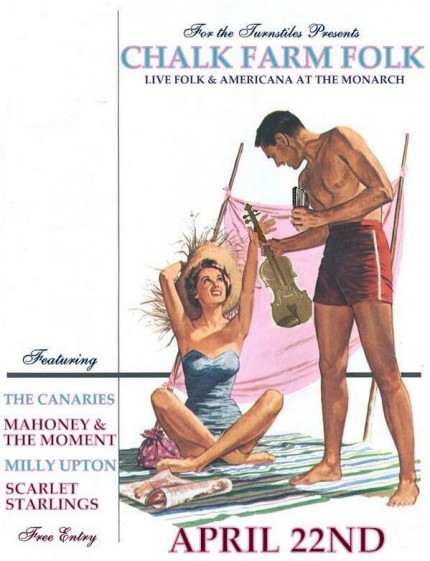 Scarlet Starlings will be supporting Goan Dogs with a low fi set (Sara, Mike and Talitha)